We have just catalogued an inscribed book worthy of attention. This is a jacketed U.S. first edition of The Mahdi of Allah by Richard A. Bermann, a notable presentation copy, tying together three men – the author, the author of the book’s Introduction, and the person to whom this copy was inscribed. All three men would all be dramatically affected by the political ascendance of Hitler a year later. The author’s intriguing inked inscription on the front free endpaper verso in 7 lines reads: “Allah is Allah | and Mohammed is the Prophet of Allah | and the author of The Mahdi of Allah | still loves his friend | Consul Paul Schwarz. | Vienna, April 1932 | Richard A. Bermann”. 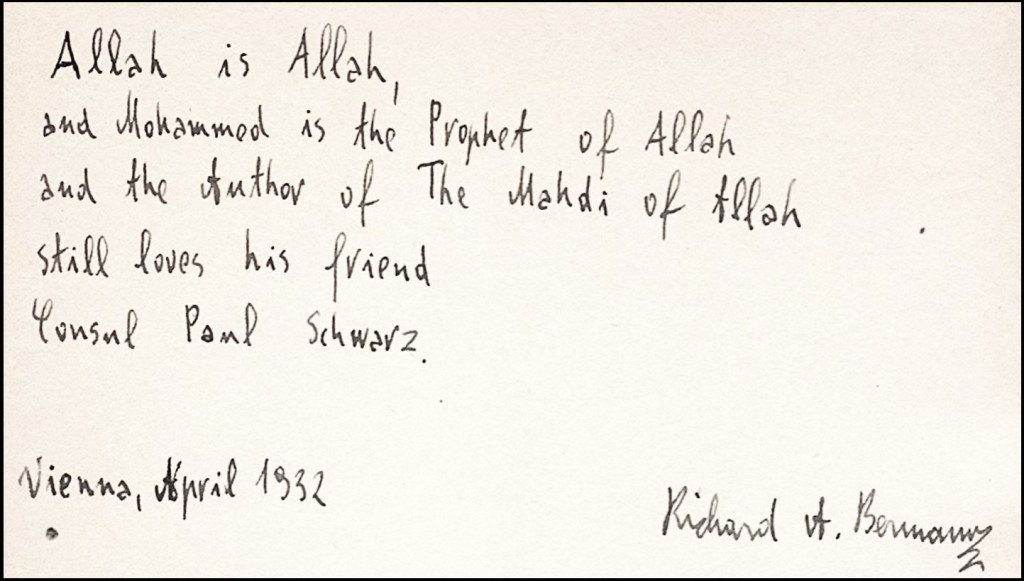 The recipient of this inscribed presentation copy, Paul Schwarz (1882-1951), was a German diplomat notable for being removed by Hitler as German Consul General in New York and for publicly criticizing the new Nazi regime. Hitler became Chancellor on 30 January 1933 and consolidated dictatorial powers by late March. In early April, Paul Schwarz became one of two diplomatic officials in the United States to be removed by Hitler (along with the German Ambassador). “Of the two, and in fact, of all the German foreign service, only Schwarz was moved to disaffiliate himself publicly from the Nazi regime.” (Paul Seabury, The Wilhelmstrasse: A Study of German Diplomats Under the Nazi Regime) “I am at odds with the bigoted policies of the new regime” Schwarz told American newspapermen on April 11. “I feel honored for I am the only German consul to be dismissed by Hitler as far as I know.” It is noteworthy that Schwarz was reportedly not Jewish. His expulsion has been partially attributed to his entertaining Professor and Mrs. Albert Einstein at tea in his private residence. After his resignation, with his diplomatic passport now worthless, Schwarz went to Montreal and returned to become an American citizen as an ordinary immigrant. Schwarz was offered employment as an investment counselor with Harlle & Steiglitz “despite the fact that he had never seen a stockmarket ticker.” Schwarz would later supply information about the Nazi regime to the Office of Strategic Services (OSS, the forerunner of the CIA) after it was created in 1942. 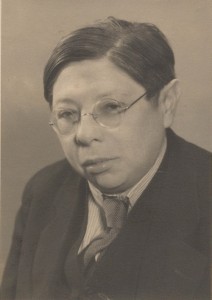 The author, Richard Arnold Bermann (1883-1939), shared his friend’s sympathies and, ultimately, his exile. Bermann was a Viennese writer and leading journalist in the German-speaking world who first rose to prominence using the pseudonym Arnold Höllriegel. Bermann became known for his articles in Der Tag and other journals, which included his observations on places such as Egypt, Palestine and Brazil. After the National Socialist takeover Bermann was dismissed from the Berliner Tageblatt because of his Jewish heritage, and his writings were banned by the Reichsschrifttumskammer (Reich Chamber of Literature). He became a co-founder of the German Academy in Exile, established in 1936 as a platform for German intellectuals in America to speak out against Hitler. Berman eventually escaped Germany, arriving in London in June 1938 and then emigrating to New York. Up to his death in 1939, he remained intensively engaged in the work of the American Guild for Cultural Freedom. 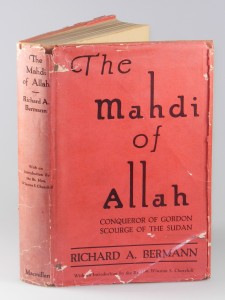 The Mahdi of Allah, originally published in Bermann’s native German, is, as the author’s subtitle describes, “The Story of the Dervish Mohammed Ahmed.” Mohammed Ahmed was a messianic Islamic leader in central and northern Sudan in the final decades of the 19th century. Claiming that Allah had selected him as the true Mahdi, he found fertile political ground in the inhabitants’ resentment engendered by the corruption of and oppression by Egyptian rulers who had long dominated the region. Economic and political problems in Egypt further strengthened the Mahdi’s hand, enabling the Mahdi’s forces and followers to occupy most of the Sudan. In 1883 the Mahdists overwhelmed the Egyptian army of William Hicks, and Great Britain ordered the withdrawal of all Egyptian troops and officials from the Sudan. In 1885, General Gordon famously lost his life in a doomed defence of the capitol, Khartoum, where he had been sent to lead evacuation of Egyptian forces. Though the Mahdi died in 1885, his theocracy continued until 1898, when the British general Kitchener reoccupied the Sudan. 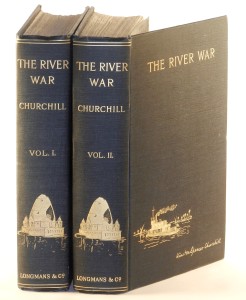 With Kitchener’s forces was a very young Winston Churchill, who would participate in the battle of Omdurman in September 1898, where the Mahdist forces were decisively defeated. The young war correspondent and British cavalry officer Churchill would write his second published book – The River War – about this British campaign in the Sudan. In The River War, Churchill was unusually sympathetic to the Mahdist forces and critical of imperial cynicism and cruelty – so much so that the 1902 second edition of his book excised much of his politically imprudent criticism about Kitchener. 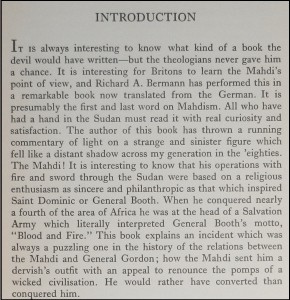 In 1931, Churchill wrote a four-page introduction for Bermann’s book sympathetic to the Mahdi, showing the same broadminded comprehension he had three decades earlier when he fought the Mahdi’s forces and wrote The River War: “It is interesting to know that [the Mahdi’s] operations with fire and sword through the Sudan were based on a religious enthusiasm as sincere and philanthropic as that which inspired Saint Dominic or General Booth.” This work is translated from the original German and Churchill’s introduction appears only in the British and U.S. editions. Interestingly, the British first edition bears a tipped in slip after the copyright page printed in bright red ink disavowing acknowledgement of “the claim of the Dervish Mohammed Ahmed to the sublime title of ‘The Mahdi of Allah'” in order “To avoid the possibility of causing offence to Mohammedan readers”. No such disclaimer appears in this U.S. edition, published in a country with perhaps both more robustly permissive free speech and less sophisticated cultural sensitivity.

This U.S. first edition features a substantial introduction by Winston Churchill and, as such, has been catalogued by Churchill’s bibliographers (Cohen B47.2, Woods B17). The U.S. edition is scarce in the original dust jacket and this copy is the only U.S. edition of which we are aware that is both jacketed and inscribed.